The biggest bonefish & permit of Mexico

"In 1997, the atoll was protected and titled as a Marine Park, by the Mexican environmental authority giving it the benefit of having a core zone where commercial fishing is forbidden, thus the abundance of marine life that remains."

The Scorpion Atoll is the largest reef in the Southern Gulf of Mexico. It surrounds a small group of islands approximately 70 miles off the northern coast of the state of Yucatán, Mexico. The atoll is shaped by a system of five islands, shallow sandbars, and coral heads – 6 miles wide and 17 miles long. Most of the islands have a skirt from two to five feet deep flats. Others have 80- to 120-foot drops just a couple of steps off the beach. In 1997, the atoll was protected and titled as a marine park by the Mexican Environmental  authority, giving it the benefit of having a core zone where commercial fishing is forbidden, thus the abundance of marine life remains.

Due to the geographical conditions, this area offers a healthy habitat for above average size permit and bonefish. It is also a nesting site for many types of sea birds, as well as a prime turtle nesting site. At times turtle nests can virtually cover the islands. Only one island is inhabited, with a lighthouse keeper and a marine park research unit and a Mexican Navy unit, having their base camps there. Being that far from mainland, the length of stay is limited to the supplies a vessel can carry and the weather.

I have been in the world of Fly Fishing Travel for nearly 20 years and in the Fly Fishing Industry for 25. I am still shocked by that Scorpion Atoll remains off the radar of every angler I know in the industry. The fishing remains an expedition as each trip brings new experiences and lessons to all who travel there. You never know what may swim up to you at the Atoll, simply because not enough anglers have fished there to know with any certainty. What I do know is Bonefish to world record proportions can be found there, and huge numbers of huge bonefish has been the norm on my trips there. Raul Castaneda and his crew are beginning to unlock the secret Permit fisheries that are abundant within the Atoll and anyone with a sense of adventure and a fly rod skill set can help them in this quest. It is not every day or ever that fly anglers can walk flats that are walked less than a few times a year or have an opportunity to fish and wade where no one has ever fished or waded before them! I have been in the Turks and Caicos, the Bahamas, Florida, Cuba and nooks and crannies all over the Caribbean, but a piece of my soul lives on Scorpion Atoll.

John HuberPicabo Anglers, Grl. Mgr. Author.
This was hands-down one of the best and most unique trips I’ve ever been on, and the best bonefishing I’ve experienced anywhere. From the first night spent in the charming city of Merida eating tacos al pastor and guacamole, to waking up well before dawn to travel by boat to the remote atoll in the Gulf that very few people have ever visited, to stepping off the boat and catching a nine-pound bonefish on my first cast and a small permit on my second, to the restful moments drinking beer and eating fresh-caught ceviche with our wonderful host, Raul — this adventure was a dream come true from start to finish. 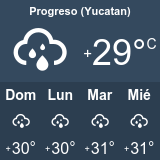